When the dark side of rock is fused with vibrant industrial constructions – you can get some epic sounds. Think Nine Inch Nails or Marilyn Manson. 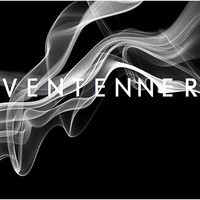 Sweltering hot. And coal-black. This has a bass-buzz that wraps around you like a hooded cloak…

New track ‘Six Blood’ [check it out below] from forthcoming album “Distorture” trudges along sluggishly.

This is stifling hot. And coal black. It has a low-buzz that surrounds you like a hooded cloak.

When the track ramps up a notch you will recognize the territory – you’re in Manson country.

But the tension mounting … the accumulation and release … will remind you of “Hand of Doom” (by Black Sabbath 1970.)

The bleak, halftone drums create a grainy finish to the piece.

And the voice – it reaches unsustainable levels of anxiety at times – will stay with you for hours after listening.

Burned deep into your cerebellum. 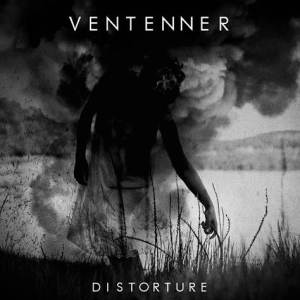 The power-house behind the Ventenner project is the inspirational frontman Charlie Dawe.

We talked to Charlie about his work:

DO YOU HAVE A TARGET DEMOGRAPHIC IN MIND WHEN WRITING AND RECORDING?

Actually yes, in a way. I suppose I know how wrapped up in an album I get, and I love talking to people who are into music as much as I am.

People who really immerse themselves in the listening and the ideas behind the music.

We have a lot of fans that email us and their passion and excitement for what we do is both humbling and exciting. I suppose I want to write music for people like that, and it’s accepted and appreciated in the way that I hoped it would be.

DO YOU ENVISION YOURSELF AS A BAND THAT IS TRYING TO RECAPTURE SOMETHING LOST OR FORGOTTEN … OR ARE YOU STRIVING TO CREATE SOMETHING NEW?

Really good question. I really feel that a lot of heavier music has lost it’s edge over the years, a lot of it feels very cut and paste.

We may have influences from the past but we certainly didn’t set out to recreate a sound of a previous decade.

I think our approach and attitude to the music is reminiscent of older records and bands … but I wouldn’t say we are latching on to a specific sound and making that ‘our thing’.

I don’t see us limited to a specific sound, we’ll continue to grow and write as we see fit.

HOW IMPORTANT IS IT FOR YOU TO CREATE A SENSE OF ‘ATMOSPHERE’ IN YOUR SOUND?

Massively. Probably the most important thing to me. I like the sound design element that goes into albums. 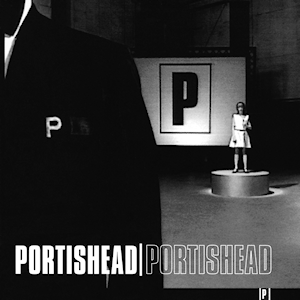 Portishead – dark and sinister and conjured up so much imagery…

Creating soundscapes with synths, ebow, that kind of thing. I could listen to that stuff all day. Plus I always loved bands that captured a specific feeling.

The first band I remember doing that 100% properly (for me anyway) was Portishead. It was just so dark and sinister and conjured up so much imagery.

But that said, I try and hit the atmosphere button on the faster numbers too.

Regardless of what we record I want some feeling in there. I don’t see any point in just writing another rock song to put on an album, there’s millions of those. I want to make things that sound a little different.

HOW DOES DISTORTURE COMPARE WITH THE 2012 ALBUM “THIS IS THE REASON”? HOW HAVE YOUR SOUNDS MATURED OVER THE YEARS?

The change is massive. ‘This Is The Reason’ had a certain sound to it, much more electronic and more bluesy in it’s riffs. There’s less electronic stuff now, much more guitar driven.

Also that sound was sculpted by what I had available in regards to equipment, resources and just pure ability. 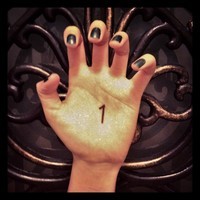 A well known French producer once asked me about that album, “how did you get that signature Ventenner guitar sound?”, and the answer was because my equipment was shit. I couldn’t even afford an amp. I used a pre amp off an old DJ mixer from 20 years ago.

My point is, this time around not only did we have 4 of us in a great studio with a producer, but I had all this new skill and input and ideas from 4 different minds, so Ventenner as a concept had more space to breathe and evolve. My voice has grown into itself a little more, and my vision has become a little more focussed.

In many ways I consider this the first Ventenner album. Almost like the other two were just leading up to this.

YOUR RE-MIXES ARE VERY POPULAR (STRIKE THE MATCH FOR EXAMPLE) HAVE YOU ANY REMIX IDEAS FOR YOUR NEW TRACKS?

We’ve been talking about that recently. We’d like to do some more Ventenner remixes now the album is done, I really enjoy doing it. It’s great when it goes the other way too, to hear someone take apart something you’ve written and re-wire it how they see fit.

We’ll see what comes up, we’re always open to suggestion. At this point, a few weeks away from the album coming out, who knows what’s going to happen. It’s definitely an exciting time for us though.